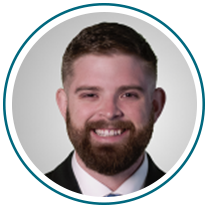 Brenden Borrowman, the youngest OSUT graduate since the Vietnam War, a proud military veteran and entrepreneur, joined the Army at the age of 17. Serving as a 19D Cavalry Scout for 5 years, he deployed to Afghanistan in support of Operation Enduring Freedom with the 4/4 Cavalry in 2011.
After suffering devastating injuries from being shot and blown up, Brenden reentered civilian life in 2013 as a single father of two children under 3 years old. In building and selling his first two businesses he dove into entrepreneurship head-first. Recently recovered from his wounds he received life-changing news that would eventually lead him down the path to co-founding ReBoot.
In 2015 Brenden was diagnosed with Primary Polycythemia Vera, a type of red blood cell cancer. As a way to give back after recovering from his physical and emotional injuries, he started the You Are Not Alone Mission that assists suicidal veterans. During that same year, he became acquainted with the anti-poaching cause and joined a nonprofit organization that fought to save endangered animals in Africa. In his words, “the epidemic facing these animals is a world crisis that is not being addressed on any solvable level. I want to look back and say I made a difference before it was too late, instead of having a chance to help and not taking it.”
As if that was not enough, in 2017 Brenden was yet again diagnosed with cancer, Acute Myeloid Leukemia, a type of cancer of the blood and bone marrow with excess immature white blood cells. Although the opportunity to give up presented itself time and time again, he was determined to make a lasting positive impact not only on our world but more importantly on his children.
To say Brenden experienced some tragedies and difficulties in his youth would be an understatement. Coming from a dysfunctional home, he struggled with addictions of his own and proudly credits the military for saving him from a life of disappointment. As a co-founder of ReBoot, Brenden has been inspired to develop this program from his transforming life experience with the hopes of changing the lives of others.